Synthetic or Semi-Synthetic: What’s the Difference?

This is a mixture of an additive package and a mineral oil, but there are many times fewer additives and more mineral oil. At the same time, mineral oil bases come in different classes, synthetics as a rule have higher and cleaner classes. In the semi-synthetic you will not find PAO or Esters Percentage of one or another component is not regulated in any way, depending on the producer it could be 50×40, 70×30 and so on. Semi-synthetic doesn’t withstand as severe frosts as pure synthetic, it always contains less additives and is more prone to oxidation. That is such a golden mean between expensive synthetics and cheap, but inefficient mineral oil. Thanks to such properties semi-synthetics is much more popular, especially for cars with used or early years of production.

It is your personal choice to choose synthetic or semi-synthetic. Manufacturers usually specify SAE viscosity in the manual. If, say, you have engine oil 5w20 – it will be synthetic. And if 10w-40 – it is semi-synthetic, but even in the class 10w-40 synthetic occurs.

To begin with we need to understand: what is synthetic and what is semi-synthetic. Synthetic oil is an artificially synthesized liquid, still based on organic substances – natural gas or oil. Different technologies are used for production, which are discussed in a separate article, here I will repeat that the resulting grease retains its characteristics throughout the period of use, is now considered the most advanced type of lubricants, has an improved molecular formula, resistant to oxidation.

Synthetic oil is supplemented with a package of additives, improves fuel combustion and engine power. Synthetic retains viscosity over a wide temperature range, starts the engine easier in cold weather, and remains stable under overloading. It provides a stable film on the parts in all conditions, has a high fluidity. But this kind of oil has a serious disadvantage – its high cost, that’s why it is used basically only in the new engines, demanding the quality of lubrication and just expensive for its owners. As it is known, the newer a thing is, the more anxious we are about it. But if we are talking about compatibility, then for new engines it is better to use synthetic.

Important! Just on the fingers, all oils consist of base oils + additive package. In fact, everything is made of mineral base. But it is in synthetics that there are more of these additives, than in base oils. That’s why the composition comes out more stable than semi-synthetics. And remember, there are different synthetics, hydrocracking (when Group 3 base oils are used), PAO synthetics and Esters. Shell has its own technology for producing base oil from gas.

What are the differences and which is better?

The difference lies in the molecular composition itself: synthetics have elaborate technical characteristics, its molecular formula is special, due to which it becomes resistant to thermal and chemical influences, the replacement period is extended. Semi-synthetics are more stable than mineral oils but less so than synthetics, but they are available and generally perform the functions entrusted to them very well.

Which is better? This question is tricky and can’t have a simple answer. Of course, pure synthetic oil is

better in terms of technical characteristics. But in general both types of oil are good: synthetic is ideal for new cars, semi-synthetic for cars with mileage – at what point it is time to switch to semi-synthetic no one will say exactly, it depends on the engine, its condition and the service life established by the manufacturer. The problem is that in a worn ICE synthetic oil will start to burn more, but this does not always happen. Besides, the main role when choosing an oil is not this factor, but the oil tolerances and specifications according to the international standards, they define what engines can be filled with this or that grease.

Our advice! If you have already wondered about switching from semi-synthetics to synthetics. I advise you to try it, especially in winter. Just fill in and observe the work of the engine, the amount of “burning” of oil after 1000 runs and a visual assessment of the waste after a mileage of 7000-8000 km. If you notice the negative aspects, which is unlikely, you can always return to semi-synthetic. Such experience will not damage the engine.

How to change from synthetic to semi-synthetic

You should not change the type of oil only on the basis of mileage. The main criterion for determining that it is time to switch to semi-synthetic is the increased oil consumption, it means that the wear and tear of the engine parts has reached the point beyond which the less viscous synthetic starts to burn and it must be replaced by an oil with a slightly higher viscosity.

Another factor is that synthetic has better detergent properties, it removes the dirt, which acted as a sealant in some gaps, resulting in the formation of gaps and it also affects the oil consumption. But, of course, you should not put all the work only on the oil, it is also worth believing the engine, perhaps the cause of the leak is not in the grease at all.

Advice: the formula is simple – if the expense of oil does not increase, fill in synthetic and pay no attention to any advices. Semi-synthetics cannot keep internal combustion engine parts in their pristine condition as well as hydrocracked synthetics, PAO synthetics and ester-based synthetics do. For winter – synthetic is indispensable, semi-synthetic is just not a competitor in severe frosts.

Is it necessary to flush the engine?

When switching from synthetic to semi-synthetic oil it is not necessary to flush the engine, but it is better to reduce the mileage interval of fresh oil by half, the next times you can return to the normal interval. But if you change over in the opposite direction – from semi-synthetic to synthetic, flushing is more desirable, but again – it is not a critical factor.

A small amount of oil remains in the system during filling, that is why mixing takes place in any case, if you want to protect your engine, use the lubricant of the same manufacturer. You should not mix synthetic and semi-synthetic, if it happens, it is better to reduce service interval (when changing oil) and do the change as soon as possible, if you have just filled semi-synthetic with synthetic. And I remain in my opinion, that for this purpose it is necessary to take the same brand, or at least similar by all tolerances and classifications.

Short answers to all the questions.

What is the difference between synthetics and semisynthetics?

Answer: Synthetic is better by all parameters. You should answer the question, why do you need to spend more money for the synthetic, if the car feels good on the semi-synthetic? If it makes sense for you, then by all means, change it.

Should I flush the engine?

Answer: Not necessarily. It is up to your wish. You can shorten the first interval to 3,000 km and not flush.

Answer: You can, but you do not have to. All automotive oils are compatible with each other, but no one will guarantee that everything will be smooth after mixing. I advise you not to drive for a long time on such a mixture.

What is better in winter?

Answer: synthetic is definitely the best. But keep in mind the expediency, at frosts down to -20, semisynthetics also work fine.

Oil
Check the oil level in winter. Cold lubricant can damage the engine.
0

Battery
How to rebuild a car battery? Car battery restoration
2

Oil
How Hot Can Engine Oil Get?
0
You may also like 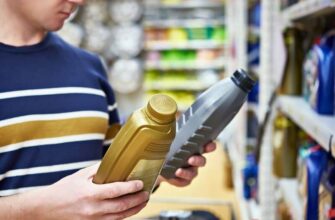 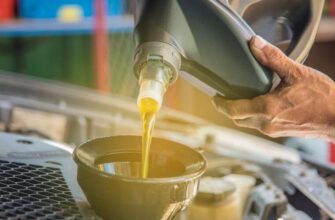 How Hot Can Engine Oil Get?
Engine oil is strongly heated in its function as a
00 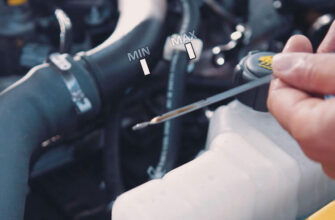 Check the oil level in winter. Cold lubricant can damage the engine.
Even in sub-zero temperatures, motorists should regularly
00 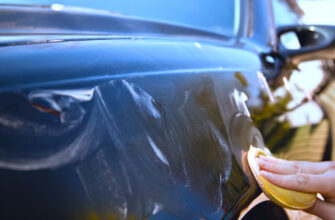 How to Polish a Car? Professional and Home Polishing Products
As soon as you notice the first small scratches in
00 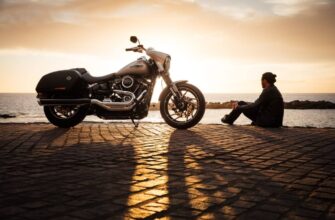 Motorcycle Sound System Upgrade
Music accompanies us everywhere, and music on the road
00 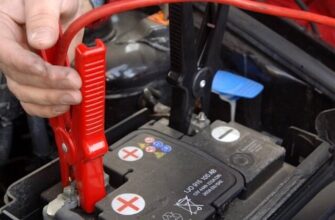 How to rebuild a car battery? Car battery restoration
Car override: explained step by step You want to reanimate a car?
20